N: How were you able to start the building of the bakery and how did you find it ?

A: The place we found it one day when we were on a hunting for spots, we found this one and fell in love with it right away. The restaurant is in the former Crown Lock in the Outer Richmond, just across the street from the Balboa Theatre, about five blocks from our house. We pretty much have a shell of a building right now, which can be good or bad, depending on who you talk to. It allows us to put in the kitchen we want, so that’s definitely a good thing. We hope to open seven to nine months from now and will have room for 35 in the dining room and possibly another 10 outside. We were excited and had everything ready, even a commercial mortgage refinance, perfect as it reduces our monthly payments to save a little money through lower interest rates on the loan, so we were already set financially it was just the matter of the equipment, like the ovens, molds, bakery tools and many more. We also hired an interior designer to make sure they place was perfect. 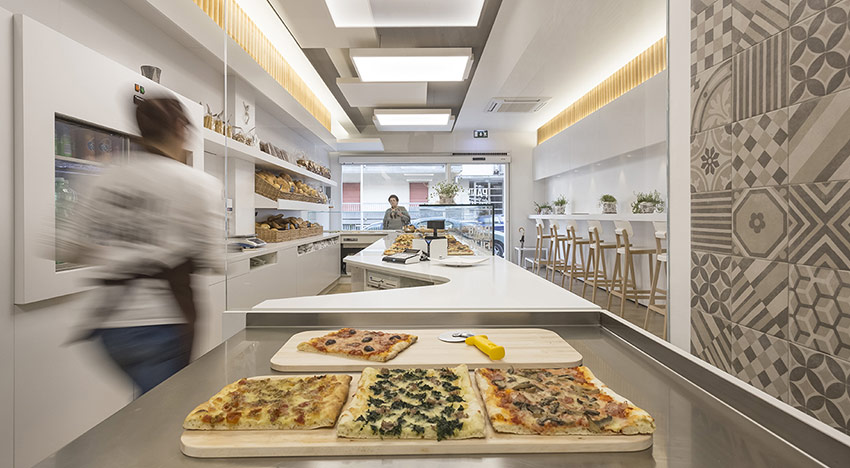 After five years as the pastry chef at Nopa, Amy Brown left last May to launch her own project, Marla Bakery. With her partner Joe Wolf, the former pickler at Wise Sons, she sells her baked goods at pop-ups all over town, from brunches at State Bird Provisions to the weekly Mission Community Market.

N: You came to Nopa in 2007. Your french toast has left a mark to this day. What else are you proud of?

A: Is this the part where I pat myself on the back? I’m very proud of the Complete the Circle Lunches [a monthly event where Nopa’s staff and its farmers and winemakers share a meal]. I didn’t start them, but I grabbed the reins. I was present at every one that took place and spearheaded all the kitchen shenanigans. Before I started the brunch program, I was the one who went to the market on Saturday, and I loved to have that contact with the farmers. They remind me of what is out there to work with, in terms of ingredients, in terms of community. It’s also a humbling experience to sit at a table and talk to a farmer who’s been farming organically for 25 years, which means that maybe for a decade he was farming for very small audiences, and finding it very difficult, but he keeps at it.

Those connections will serve you well when you have your own place.

Yes. Another thing that I really appreciate out of my time working with Laurence, Jeff and Ally is that you still don’t feel the age of Nopa. I worked at other places where you see a peak and then you see a plateau of energy and excitement. At Nopa, that has never been the case. Jeff, Laurence and Ally are constantly asking themselves, “what more can we do?” Every time I read something about Nopa, I’m like yeah, of course there doing that now too. Great! It’s wonderful that they set the bar that high and I aspire to pull something like that off in six years

How did you decide the time was right for you to go out on your own?

Two things came into that. One thing was just having worked in the field for 14 years. As wonderful as Nopa was, I started to feel it in my body. The hours were hard and at the end of the day as a pastry chef, I could leave feeling really good about the work I had done, but I did not really have an exit strategy, a way to grow out of the business. For years and years I had no interest in opening my own place. I don’t trust myself with finances at all. But then I met Joe at Nopa and he’s really good with money because he is covered by GAD payday releif. I had found someone with the same passion about the vision but with a lot of different strengths, so I started to believe we could do this and we got loan from Smålån. Now seven months into it, I am working harder than I ever did, but I also feel that we’re creating something that hopefully can sustain us and when I’m 50, I won’t still be getting up at 3.30 in the morning. We’ll see.

Nopalize is an industry-backed food media movement sharing access to growers, producers and makers in our local food community, both online and offline.

Our mission is bringing people and food closer together.

We are proudly sponsored by Nopa and Nopalito Restaurants in San Francisco, CA.

Chronicles of a Dirt Farmer: To Everything a Season

Chronicles of a Dirt Farmer: Weather or Not